Pope Francis Says Journalism Can Be A 'Weapon Of Destruction' 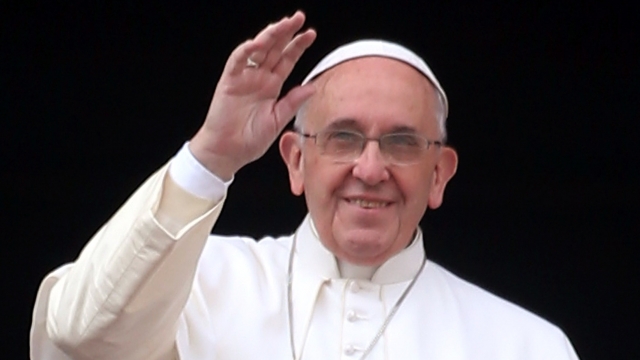 SMS
Pope Francis Says Journalism Can Be A 'Weapon Of Destruction'
By Briana Koeneman
By Briana Koeneman
September 23, 2016
During the pope's recent speech to journalists, he compared stories based on rumors to terrorism.
SHOW TRANSCRIPT

"You can kill a person with your tongue," Pope Francis said.

That's just one of the powerful things Pope Francis said to a group of journalists in Vatican City on Thursday.

During his speech to members of the Italian Council of the Order of Journalists, the pope compared stories based on rumors to terrorism.

He said, in part: "Certainly criticism is legitimate, and, I would add, necessary, just as is the denunciation of evil. ... Journalism cannot become a 'weapon of destruction' of persons or even nations."

But it's not exactly a secret that Francis isn't a fan of gossip.

In 2014, he told a crowd that gossip is "rotten" and compared it to poison.

SEE MORE: Pope Francis: Killing In The Name Of God Is 'Satanic'

And he warned bishops earlier this month: "The habit of gossiping is a habit of 'terrorism.' The gossip is a 'terrorist' who throws a grenade — chatter — in order to destroy."

The criticism comes from a pope who's pretty media-savvy. His Twitter and Instagram accounts have millions of followers, and he's done sit-down interviews during his time at the helm of the church.