Pope Francis Is Coming Out With An LP 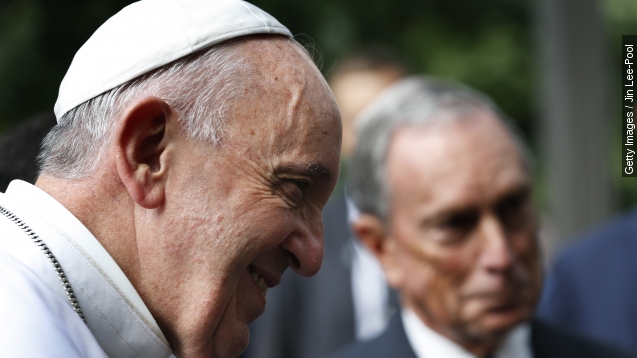 Pope Francis is dropping a rock-inspired LP. Yeah, it's not a joke.

It's titled "Wake Up!" and his first single "Wake Up! Go! Go! Forward!" has already been released.

Kind of an interesting title considering Francis appeared to take a little snooze during his U.S. visit. (Video via The Washington Post)

The LP is categorized as Christian and gospel in iTunes. Rolling Stone describes the range of genres on the LP as "prog-rock to Gregorian chant." (Video via Vatican Television Center)

Rolling Stone says the LP will feature some of the pope's memorable speeches, as well as him singing hymns, over a wide range of instrumentals. (Video via Vatican Television Center)

The album seems to be part of Pope Francis' outreach to the younger generation; he calls out young people in particular on the track, urging them to, you guessed it, "wake up!" (Video via Vatican Television Center)

The LP's release date is Nov. 27 and you can preorder it on iTunes. (Video via C-SPAN)