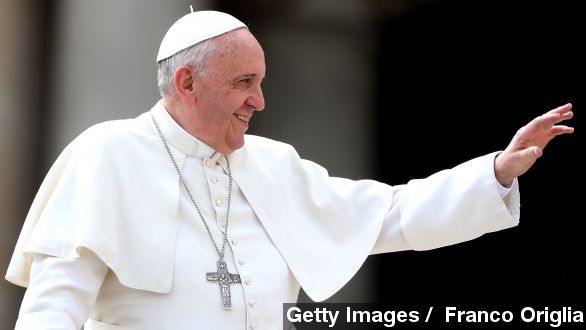 Pope Francis has a jam-packed schedule for his day-long trip to the Italian city of Naples, but one stop in particular is getting a lot of attention. (Video via The Vatican)

Local media reported the pontiff planned to have lunch Saturday with about 90 inmates at a local prison, 10 of whom live in a unit housing gay, transgender and HIV-positive inmates. (Video via TV2000)

Francis planned to meet with each of the inmates individually, who according to Vatican Insider, were picked from a lottery of around 1,900.

Pope Francis — who once memorably said “Who Am I To Judge?” — has made engaging with society’s most marginalized a big part of his papacy.

Just weeks after his election in 2013, Francis raised eyebrows with a traditional feet washing ritual on Holy Thursday. (Video via Euronews)

Francis washed the feet of dozens of young inmates, including some women. Traditionally, only men took part in the ritual. (Video via Rome Reports)

And just last month, the Vatican opened a state-of-the-art facility offering free showers, shaves and haircuts to the homeless.

That same week, Francis made a surprise visit to a shantytown on the outskirts of Rome. (Video via Catholic News Service)

The pope’s Saturday trip to Naples also included a visit the city’s poorest neighborhood where organized crime and drug sales are rampant. (Video via The Vatican)