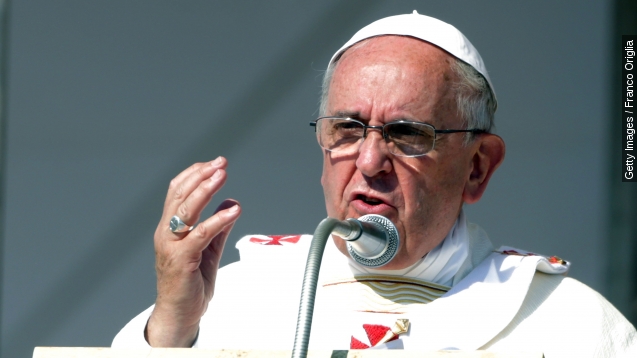 Francis called the leak a crime, but said "this sad event certainly does not deter me from the reform project that we are carrying out."

Of the two members of a Vatican-appointed committee arrested for allegedly leaking the documents, one has been released in return for cooperation in the investigation.

Two books have been published since the leak, depicting  the Vatican as corrupt and mismanaged, and alleging the pope is facing resistance on his reforms.