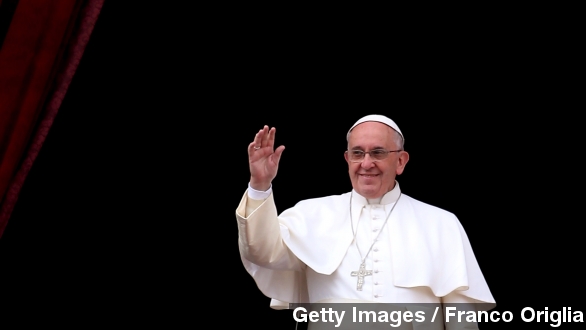 Pope Francis has named 20 new cardinals, 15 of whom could elect his successor.

The new voting cardinals come from 14 different countries. Five come from from Europe, three from Asia, three from Latin America and two from Africa and the Pacific each.

Francis said in a press release these appointments show the "inseparable bond between the Church of Rome and the particular Churches present in the world."

"This is a pope that really wants to reach out to people in the margins and you clearly see that," Vatican observer John Allen said on CNN.

In addition to electing the new pope, cardinals also have the opportunity to serve as heads of important Vatican departments.

Including this year's class, the pope has now appointed about a fourth of the cardinals who will likely choose the next pope.

The pope names new cardinals when existing cardinals turn 80 and loose their eligibility to vote in the papal election. Vatican rules say the College of Cardinals can have no more than 120 voting-age members — though some popes in the past have broken this rule.

Five of the new cardinals are already over 80 and are considered cardinals emeriti.

Francis recently announced he will be leading a meeting of all cardinals February 12 and 13 to look at proposals to reform the church.

Since Francis first began his papacy, he has focused heavily on church reform and ending corruption. (Video Via ODN)

The new cardinals will be formally installed February 24.