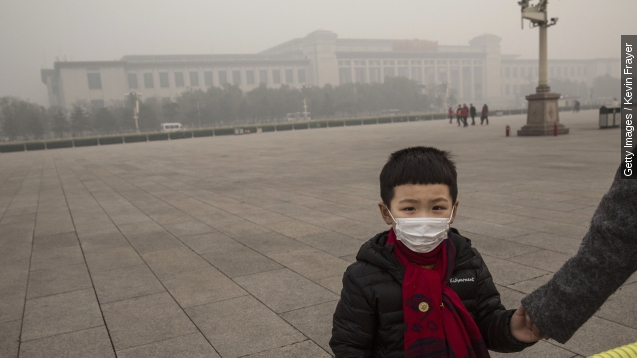 Kids in Beijing won't be going outside for recess because of China's ongoing smog problem, even though the China Meteorological Administration issued a slightly less severe smog warning Sunday than the one a few days ago.

In Beijing, the Commission of Education announced Sunday that outdoor activities should be suspended for most of the week.

According to China's state-run news agency Xinhua, some schools gave students the option to study at home through an online program instead of going to school.

Activities at schools in China have been repeatedly affected by smog in recent years.

Recent alerts come as China announced plans to reduce coal plant pollutants in the next five years at the COP21 climate talks in Paris. (Video via New China TV)