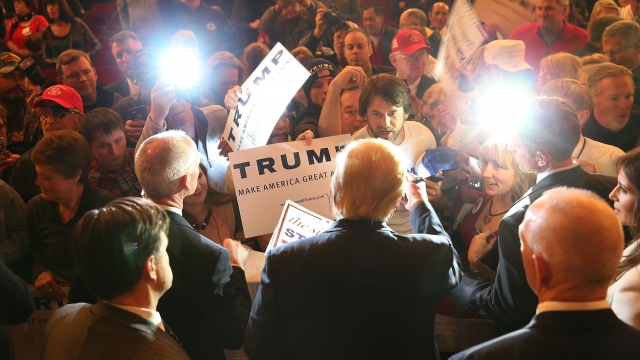 SMS
Polls Give Donald Trump Huge Advantage Going Into South Carolina
By Newsy Staff
By Newsy Staff
February 12, 2016
In one recent national poll, Trump has more than double the support of his next closest rival.
SHOW TRANSCRIPT

Coming off of his first political win in New Hampshire, Donald Trump now has his sights set on South Carolina.

And a national poll shows he may be gaining even more momentum across the country. According to a poll from Morning Consult, he has more than double the support of any rival.

In South Carolina, polls of likely primary voters also find him with a wide margin over the next closest Republican, Ted Cruz. Although the margin isn't quite as large as that national poll.

Still, the polls predicting Trump's success are questionable. In Iowa, the last 13 polls before the caucuses found Trump in the lead, but he eventually finished second to Cruz.