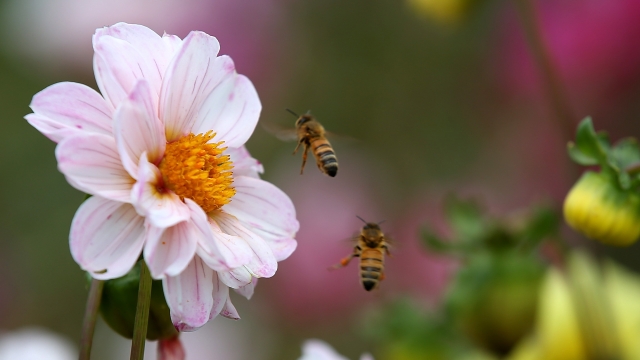 SMS
Pollinators Vital To The Majority Of World's Food Supply Are Dying Out
By Ben Lawson
By Ben Lawson
February 26, 2016
A group affiliated with the United Nations says some of the species that help pollinate 75 percent of the world's crops are facing extinction.
SHOW TRANSCRIPT

It's not just bees that are slowly disappearing.

All sorts of animals and insects that help pollinate our food might be facing extinction, according to a new report from The Intergovernmental Science-Policy Platform on Biodiversity and Ecosystem Services.

About 75 percent of the world's food crops depend on pollination, at least in part. That's an industry with an estimated annual value between $235 billion and $577 billion globally.

The United Nations-formed group says all sorts of factors could be putting the species at risk, including pesticides, changes in land use, alien species, diseases or climate change.

Though experts who took part in the study admit there are wide gaps in their understanding of the problem. For instance, they aren't sure exactly how certain pesticides or genetically modified crops are affecting certain pollinators.

However, the group does say there is enough evidence to give governments or organizations reason to take action.

This video includes clips from Beekeeping in Ontario, Rebecca Rockefeller and LaoFAB moderator.