Young Voters Want An Alternative But Don't Even Know Their Choices 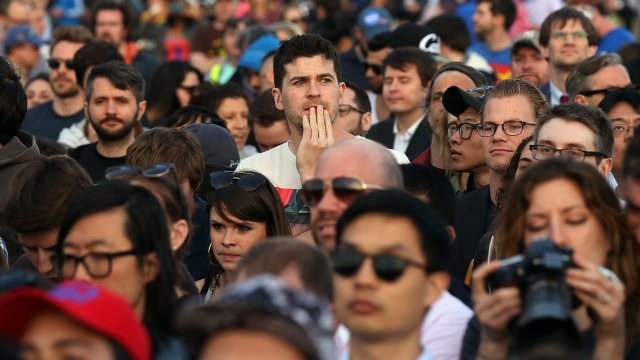 A new poll found just 38 percent of 18- to 30-year-olds have a favorable view of Hillary Clinton, while just 21 percent like Donald Trump.

And only 28 percent are fans of our two-party system.

So, the obvious result would be a huge third-party surge, right? Wrong.

Only 30 percent know enough about Gary Johnson, the Libertarian candidate, to form an opinion. That's compared to just 20 percent who say the same thing about the Green Party's Jill Stein.

So basically, young people don't even know who their other options are.