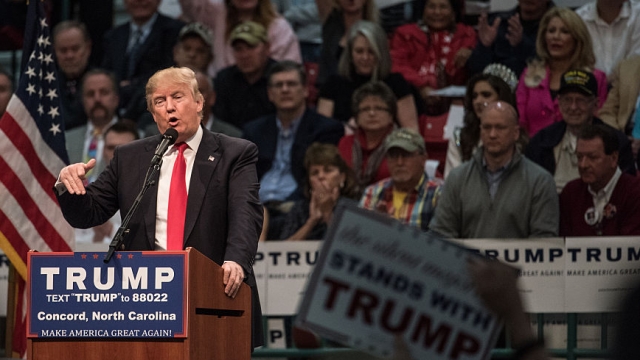 SMS
Poll Shows Trump Is Ahead Of Rubio And Kasich In Their Home States
By Ben Lawson
By Ben Lawson
March 9, 2016
A recent poll shows that Donald Trump is ahead of Sen. Marco Rubio in Florida and Gov. John Kasich in Ohio ahead of next week's primaries.
SHOW TRANSCRIPT

Polls show Donald Trump is ahead of Sen. Marco Rubio and Gov. John Kasich in their home states.

According to a recent CNN/ORC poll, Trump leads Rubio in Florida by 16 points ahead of the Republican primary scheduled for next week.

He's also ahead of Kasich in Ohio by 6 points.

A majority of voters in the poll also said if a candidate loses his home state he should drop out of the race. Sixty-six percent say Rubio should throw in the towel if he loses Florida, and 71 percent think Kasich should do the same if he doesn't win in Ohio.

This poll comes amid rumors that Rubio's own advisers are telling him to drop out before the Florida primary, fearing that a loss there could ruin his political career. However, Rubio's campaign has denied those claims.

As for the Democrats, the CNN/ORC poll showed Hillary Clinton leading Sen. Bernie Sanders by 30 points in Ohio and 27 points in Florida.

This video includes clips from Donald J. Trump for President Inc., Marco Rubio for President, Kasich for America and C-SPAN, and images from Getty Images.