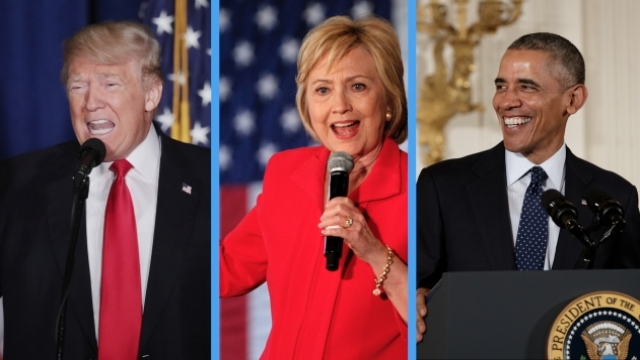 It looks like Donald Trump and Hillary Clinton have their work cut out for them.

The presumptive GOP nominee and the Democratic front-runner are not only virtually tied among registered voters in the latest Washington Post-ABC News poll, but the majority of potential voters view them unfavorably.

The Washington Post said Sunday, "Never in the history of the Post-ABC poll have the two major party nominees been viewed as harshly as Clinton and Trump."

Bernie Sanders told George Stephanopoulos on ABC's "This Week" that he'll use Clinton's high unfavorability ratings to try to get superdelegates to support him.

"We need a campaign, an election, coming up which does not have two candidates who are really very, very strongly disliked. I don't want to see the American people voting for the lesser of two evils," he said.

The poll comes as President Barack Obama's approval ratings are close to a three-year high. The most recent Gallup Poll shows the president has a 51 percent approval rating compared to 45 percent at the beginning of the year.

Some analysts have argued that the rise in Obama's approval ratings could be partially linked to the current negative outlook toward party leadership, as well as more favorable views from independents.

This video includes clips from Hillary for America and Donald J. Trump for President Inc. and images from Getty Images.