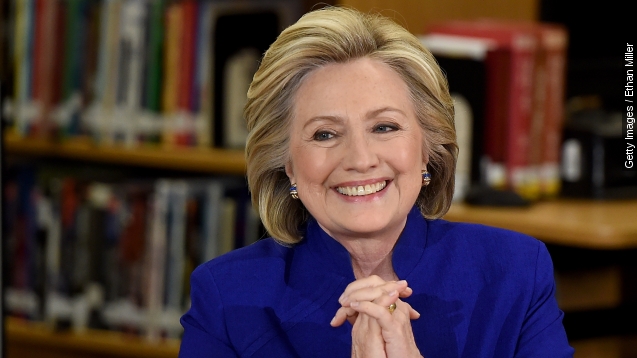 SMS
Poll Finds Hillary Clinton Leads GOP On Terrorism Issues
By Kate Grumke
By Kate Grumke
November 23, 2015
Her lead over Marco Rubio and Jeb Bush wasn't statistically significant, and this is only one survey nearly a year before the election.
SHOW TRANSCRIPT

Candidates for the GOP's presidential nomination would love to be seen as the best choice when it comes to defense. (Video via CNBC)

But according to a new Washington Post-ABC News poll, another candidate is actually the front-runner when it comes to the fight against terrorism. (Video via C-SPAN)

"After a major terror attack, every society faces a choice between fear and resolve," Hillary Clinton said.

Hillary Clinton was the first choice among Americans to handle terrorism — above Donald Trump, Ben Carson, Ted Cruz, Marco Rubio and Jeb Bush — although her lead on Rubio and Bush wasn't statistically significant.

But, as with any poll so far out from the election, the results could change a lot in the coming months.

Greg Sargent wrote for The Washington Post: "To be clear, I don't think this new polling is necessarily predictive of anything. It is only one poll, and others may show the opposite."