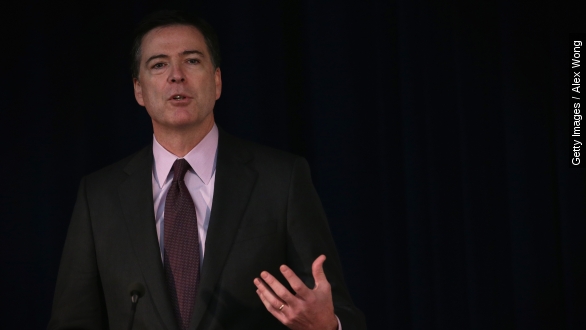 Poland summoned U.S. ambassador Stephen Mull in response to the FBI director's comments that suggested Poland bears some responsibility for the Holocaust.

In an op-ed in the Washington Post Thursday, FBI Director James Comey wrote this: "In their minds, the murderers and accomplices of Germany, and Poland, and Hungary, and so many, many other places didn't do something evil. They convinced themselves it was the right thing to do, the thing they had to do." (Video via the Federal Bureau of Investigation)

The Polish ambassador to the U.S. reportedly sent a letter to Comey on Friday "protesting against the falsification of history, especially for accusing Poles of perpetrating crimes which not only did they not commit, but which they themselves were victims of."

President Obama once made a similar gaffe, making reference to a "Polish death camp" during a speech at the presentation of Presidential Medals of Freedom in 2012. (Video via The White House)

On Sunday, Mull suggested it had not been Comey's intent to insinuate Polish responsibility: "Suggestions that Poland is responsible for the Holocaust are wrong, damaging and slanderous."

Neither Comey nor the FBI have commented on his remarks or Poland's reaction.

This video includes images from the U.S. State Department and Getty Images.