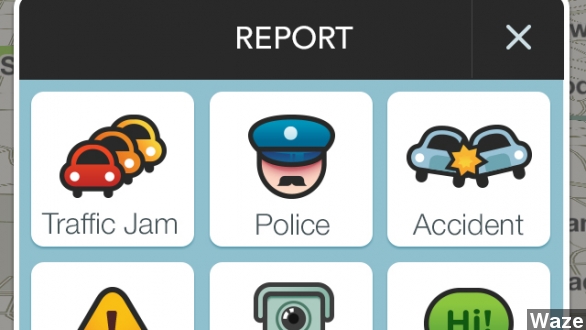 Google's smartphone app Waze is making it easier for motorists to avoid sneaky police traps. But that's not necessarily why law enforcement agencies want Google to ban it.

Law enforcement officers say it's a matter of safety — letting too many people know where officers are can endanger the safety of officers.

Waze is a "traffic and navigation app" that allows users to share information with fellow motorists — everything from traffic jams, speed cameras, hazards and police locations.

The police feature allows users to drop a pin whenever and wherever they see an officer — regardless if the officer is hiding out waiting for speeding motorists or conducting something like a DUI checkpoint.

"Waze developed prompts that let you know ahead of time before police traps, speed cams or any other hazards are approaching," as the app puts it.

Waze was first created in 2008 and later bought by Google in 2013, so it's been around for a while. So why do officers want it banned now?

It comes on the heels of the two NYPD officers who were ambushed and killed in December. While authorities don't believe the killer, Ismaaiyl Brinsley, used the app to track the officers that day, outlets are pointing to this Instagram post from Brinsley showing the Waze app and say he may have used it to track or stalk officers previously. But outlets tend to agree a ban on Waze is too far. (Video via WCBS)

Gizmodo writes: "Although those cops' deaths are unacceptable and tragic, blaming Waze is a complete misfire. … To a certain degree, the police are asking for a gag order on simple peer-to-peer communication."

A writer for Slate agrees, saying that due to all the law enforcement technology used without warrants to keep track of citizens, "It seems contradictory that citizens shouldn't be able to share information about police officers who are in plain sight."

As The New York Times reported last year, the U.S. Department of Transportation is already trying to get clearance to regulate these map applications.

It's important to note no attacks on police officers have been directly connected to Waze.