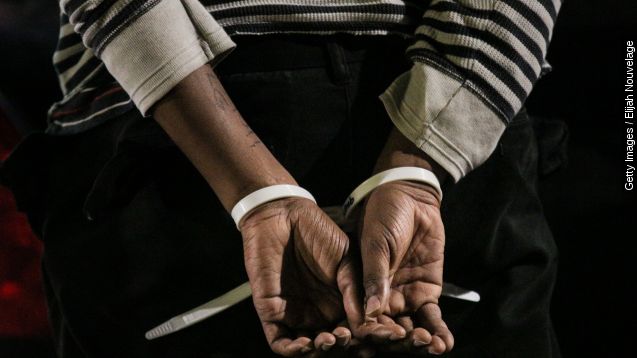 SMS
Police Violence Went Largely Untracked Until Last Year
By Jamal Andress
By Jamal Andress
October 8, 2015
Data on police use of force is more available than ever — which isn't saying much.
SHOW TRANSCRIPT

Police use-of-force data is more available than ever — which isn't saying much.

"The need to have national consistent data both on use of force and officer involved shootings is vital," U.S. Attorney General Loretta Lynch said.

The Bureau of Justice Statistics keeps data on prisoners who die in police custody, but it's largely incomplete.

The latest numbers on arrest-related deaths are from 2011. The bureau relies on non-mandatory reporting from local police departments.

Some journalists and civil rights groups are keeping a more accurate count.

According to The Guardian's "The Counted" series, "476 people have died after being shot with a firearm."

The Guardian's database of police killings is called "The Counted." It relies on "Guardian reporting with verified crowdsourced information."

The Washington Post partnered with Bowling Green State University for a similar analysis. It focuses on prosecutions of officers after use-of-force incidents.

President Obama signed the Death in Custody Reporting Act in 2014. It requires local, state and federal police to report "deaths that occur in the process of arrest."