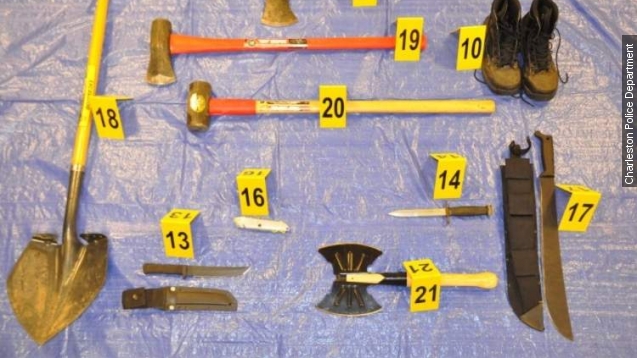 SMS
Police Say Attacker Slain In W.Va. Is Key To Several Murders
By Steven Sparkman
By Steven Sparkman
July 26, 2015
A woman who killed her attacker in West Virginia may have saved several lives and could have helped solve up to 10 murder cases.
SHOW TRANSCRIPT

Ever since Neal Falls was killed while attacking a woman in mid-July, police have believed he may have been a serial killer. Now, police departments across the country are trying to determine whether Falls was responsible for more unsolved deaths.

A West Virginia woman says she shot and killed Falls with his own gun while he was trying to strangle her. Police say he was answering an escort ad posted to the website Backpage.com. (Video via WCHS)

When police responded to the woman's 911 call, they found what they described as a "kill kit" in Falls' SUV, along with a list of 10 women's names, leading them to believe he targeted women involved in prostitution. (Video via WCPO)

Police in Las Vegas and in Chillicothe, Ohio, have investigated whether falls might be responsible for as many as 10 disappearances and murders.

Four women went missing in Las Vegas during the time Falls lived there in the 2000s. Three of the bodies were found dismembered on the side of the highway. (Video via KLAS)

In Chillicothe, just two hours away from where Falls was killed, at least 6 women have been killed or have disappeared since last May, and police suspect a serial killer may be involved. They say at least some of those women advertised on Backpage.com. (Video via WCPO)

But so far, no link between Falls and the other murders has been found, although police are still looking. The next step is to see whether Falls' DNA had been cataloged at any of the other crime scenes. Police in Fall's hometown of Springfield, Oregon say they don't believe he carried out any murders there.