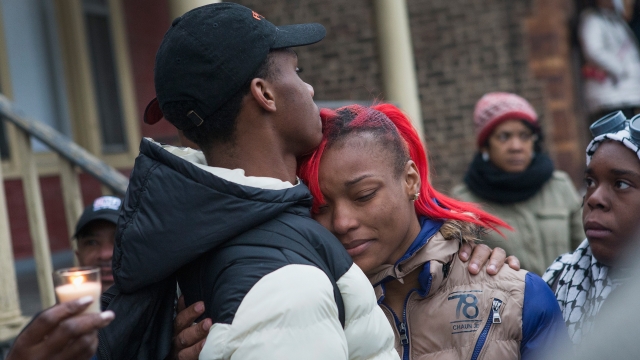 "Can you please send the police?" LeGrier asked.

"To where?" the dispatcher asked.

"I have an emergency," LeGrier said.

That was LeGrier asking police to come to his home on the day after Christmas. The dispatcher hung up on LeGrier during one of the calls when he said his life was being threatened.

"He's got a baseball bat in his hand," Antonio LeGrier said.

"How old is he?" the dispatcher asked.

"Has he been drinking?" the dispatcher asked.

"Not to my knowledge," LeGrier replied.

"OK. Watch for the police," the dispatcher replied.

When police arrived, Quintonio, a Northern Illinois University student, answered the door wielding a baseball bat and was shot by police along with Bettie Jones, who was the downstairs neighbor. Police have declared her death an accident.

Wrongful-death lawsuits have already been filed against the city, and the dispatcher is still employed but facing disciplinary action. Now, outraged residents are saying Chicago's emergency response system is greater cause for concern.