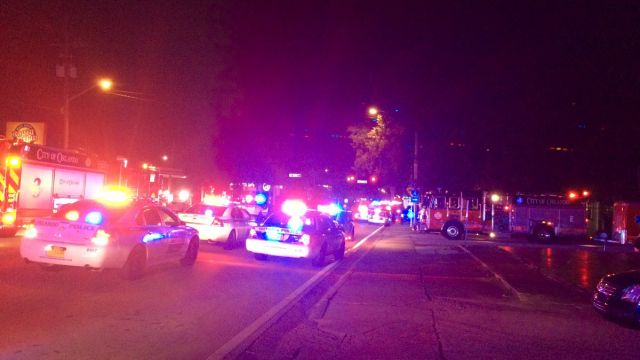 SMS
Police: Shooting At Orlando Nightclub A 'Mass Casualty' Situation
By Ryan Biek
By Ryan Biek
June 12, 2016
An early morning shooting at an Orlando club called Pulse has left a number of people dead, including the shooter.
SHOW TRANSCRIPT

Police have described a shooting at a gay club called Pulse in Orlando early Sunday morning a "mass casualty situation."

WFTV notes unconfirmed reports put the total injured at roughly 40 people. Orlando police have confirmed the shooter is dead but didn't give any other details on the number of casualties.

A mother of a man inside the club told WKMG at least 20 shots were fired, but police have not confirmed the number of rounds in the shooting. Two local hospitals have been put on lockdown out of caution.

This video includes clips from CNN and images from the Orlando Police Department.