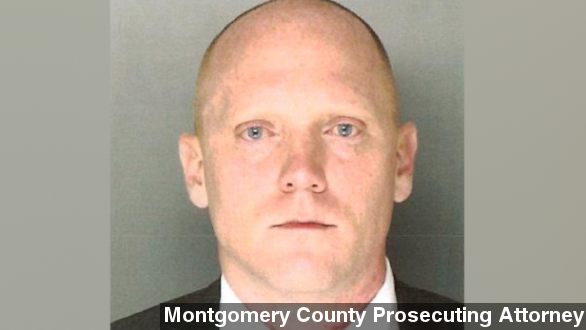 SMS
Body Of Penn. Shooting Suspect Bradley Stone Found
By Ben Lawson
By Ben Lawson
December 15, 2014
Police say they found the body of who they believe is Bradley Stone in a wooded area hundreds of yards from his Pennsburg, Pa. home.
SHOW TRANSCRIPT

The hunt for the Pennsylvania man suspected of shooting and killing six people Monday, and injuring others, could be over. Authorities in Montgomery County said Tuesday they might have found the body of ex-Marine Bradley Stone.

Police have told local outlets they found a body of a man in a wooded area only a few hundred yards from Stone’s Pennsburg home. The man was reportedly dressed in sand-colored clothing. Law enforcement have not yet said how he died. (Video via WTXF)

The 35-year-old Stone is the lone suspect in a shooting spree that took place early Monday. Authorities believe Stone killed his ex-wife and five of her relatives in the shooting.

"Bradley, this is the police. Come out with your hands up."

Police surrounded a home in Pennsburg, Pennsylvania Monday, saying they believed Stone had barricaded himself inside. But that apparently wasn't the case: hours later, police said they didn't know where Stone was.

ABC reports witnesses saw a man leaving the home of the first victim with two children in tow, but the children were later found safe.