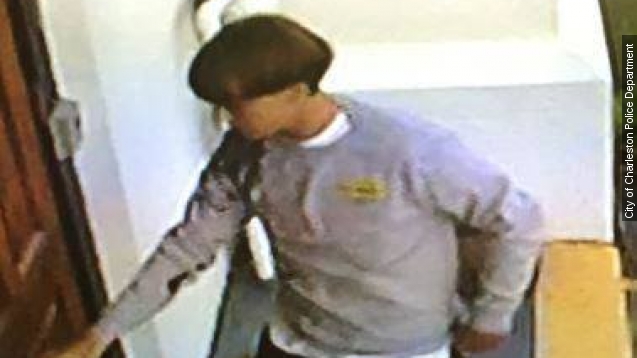 WLTX reports the suspect in the Charleston, South Carolina, church shooting was taken into custody in North Carolina after a more than 12-hour manhunt.

The Department of Justice and the FBI are investigating the shooting as a hate crime. Officials say the suspect spent an hour at a prayer group with his victims before opening fire.

The FBI identified the suspect as Dylann Storm Roof, who has been arrested previously for trespassing and drug possession. In a Facebook photo he is seen wearing a jacket with an apartheid-era South African flag on his jacket.

The investigation was complicated by a bomb threat that was reportedly called in during the incident, which forced police to evacuate the scene and the surrounding area.

The shooting devastated the community.

"The only reason someone would walk into a church and shoot people that were praying is out of hate. The only reason," Charleston Mayor Joe Riley said.

In a statement, the president of the NAACP said, "There is no greater coward than a criminal who enters a house of God and slaughters innocent people engaged in the study of scripture."

This video includes images from Getty Images, the City of Charleston Police Department and an image from Henry de Saussure Copeland / CC BY NC 2.0.