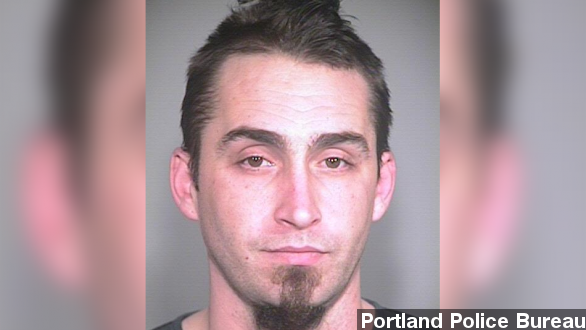 SMS
Police Say Man Committed Murder, Then Posted Photos To 4Chan
By Jake Godin
By Jake Godin
November 6, 2014
Police say a man committed a murder in Washington, posted the photos online, then fled to Oregon has been apprehended after he turned himself in.
SHOW TRANSCRIPT

A multistate manhunt ended Wednesday night after a man accused of strangling a woman in Washington and then posting photos of her dead body online turned himself in Oregon.

It was that same day police say photos of Coplin's body appeared on the anonymous, anything-goes forum 4chan.

According to KOMO, Coplin's drivers license was found near her body with "dead" written on it along with "bad news" written on her apartment blinds and "she killed me first" on a picture on the wall.

Washington-based news station KIRO says Kalac was then spotted in Oregon later that night and briefly led police on a chase. The next day, he turned himself in.

SGT. NATE THOMPSON VIA NBC: "Very unheard of something like this to happen, but we're glad that it did and it's a very good ending for this."

What most have found disturbing about this murder, though, are the photos and comments police say Kalac posted online of Coplin's body.

VIA KPTV: "Coplin's neighbors are disturbed by the ... comments including quote 'Turns out it's way harder to strangle someone to death than it is in the movies.'"

And although this particular incident came to light on 4chan — a relatively obscure site to your average Internet user — there are multiple cases of similar acts happening on places like Facebook.

Police say an incident August 2013 in Miami involved a husband shooting his wife, posting a photo of her body on Facebook, then turning himself in. (Video via WFOR)

KIRO reports it learned Thursday morning Kalac had already waived his extradition hearing and will be returned to Washington state as soon as possible.

This video includes an image from the Portland Police Bureau.