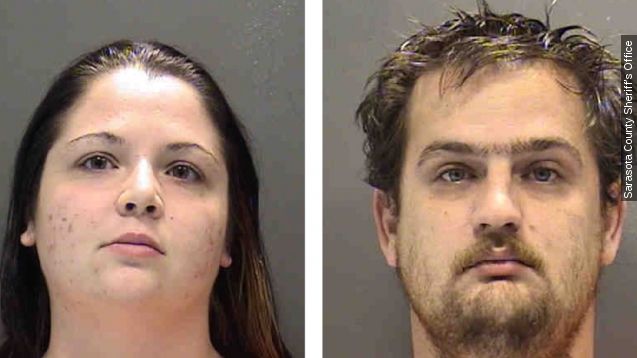 A Florida man and his girlfriend are facing charges after authorities say the couple smothered the man's son while playing video games on Christmas Eve.

Ashley Cole and James Dearman have both been charged with aggravated manslaughter in the death of Dearman's 6-year-old son.

Authorities say Dearman used his body weight to squish the boy into a couch and continued to play video games after the boy refused to go to bed. (Video via WINK)

Dearman also has a 7-year-old son, who police say witnessed the incident and told authorities what happened.

This video includes images from the Sarasota County Sheriff's Office.