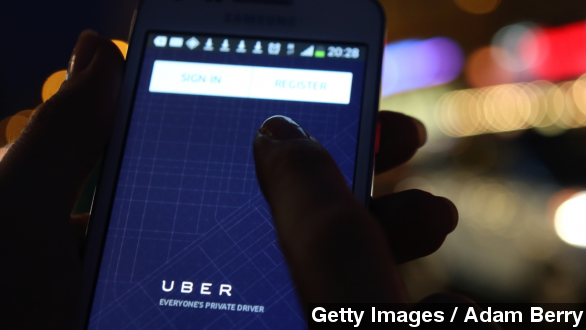 Police raided Uber's Paris headquarters Wednesday as part of an investigation into its licensing practices.

UberPop drivers are not licensed and insured the same way France's traditional taxi drivers have to be. A French court ruled the service illegal as of Jan. 1 of this year. (Video via Euronews)

Now Uber is objecting to what it calls attempted intimidation on the part of the police.

Uber's general manager in France called it "a disproportionate action, carried out on shaky legal grounds."

France is the first of Uber's international branches to deal with a police raid, but the company is engaged in similar business scenarios elsewhere.

On Wednesday a German court banned UberPop for the second time, under the same rationale France used: The court ruled Uber's taxi drivers must have the same license as the rest of the taxi industry there. (Video via CNBC)

And in China, where Uber is considering a merger with domestic competitor Baidu, the Ministry of Transport requires taxi drivers be licensed. In other words, UberPop is in the same predicament.

It's thought Uber might be eyeing a merger to avoid having to deal with these requirements directly. A deal there could be settled as soon as next week.