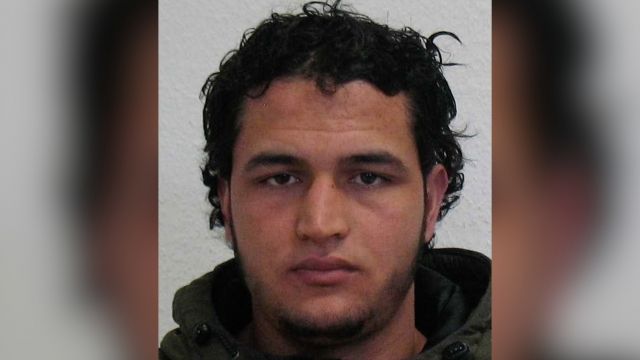 German law enforcement is looking for Anis Amri in connection to the deadly Christmas market crash in Berlin on Monday.

Investigators reportedly found papers belonging to Amri in the semitruck that crashed into the crowd. They have named Amri a suspect and consider him to be armed and dangerous.

Investigators have offered an over $100,000 reward for information leading to Amri's arrest.

Amri, who investigators say went by numerous aliases, is believed to be 24 years old and from Tunisia.

Amri had reportedly been known to German authorities and is believed to have had ties to a pro-ISIS group. His request for asylum had been denied.

According to Der Spiegel, Amri had been detained and was set to be deported over the summer but was released.

Twelve people were killed and at least 48 others were injured when a semitruck plowed into the market.

Police had initially detained a migrant from Pakistan but said Tuesday they might have had the wrong man. They later released him for lack of sufficient evidence.