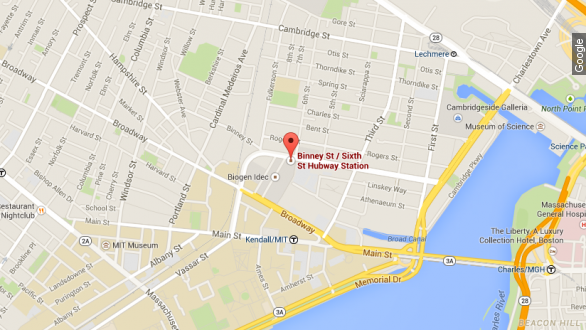 SMS
Police Make Arrest After Finding Body Parts In Duffel Bag
By Evan Thomas
By Evan Thomas
April 5, 2015
Authorities have made one arrest and say this is an isolated incident with no threat to public safety.
SHOW TRANSCRIPT

Police in Massachusetts arrested an unidentified suspect Sunday in connection with a murder investigation after a duffel bag containing human body parts was found near police headquarters in Cambridge.

"Security at that local building notified us of a suspicious package. We checked the package, made sure there wasn’t a bomb, which was what our initial inclination was," Cambridge Police Commissioner Robert Haas told WGBH.

That gruesome discovery launched a police investigation where another set of human remains was found in a nearby apartment.

"The medical examiner arrived with a gurney, and investigators left with boxes and bags of evidence," said WBZ-TV's Julie Loncich.

There has been no official confirmation if the body parts belong to the same person, but CNN quotes a local district attorney who says "investigators 'believe it to be one person.'"

The Boston Herald reports the suspect will be arraigned Monday. Charges include accessory after the crime of assault and battery causing serious bodily injury, and improper disposal of human remains.

Cambridge police say this was an isolated incident, and there is no threat to public safety.