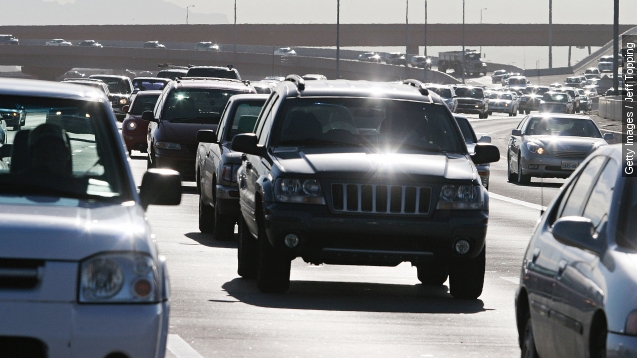 SMS
Police Link Suspect To 4 Arizona Highway Shootings
By Ben Lawson
By Ben Lawson
September 19, 2015
Police in Arizona have arrested a suspect linked to four of the seemingly random highway shootings and say copycats could be responsible for others.
SHOW TRANSCRIPT

Police have arrested a suspect in the seemingly random shootings on Phoenix highways.

Twenty-one-year-old Leslie Allen Merritt, Jr., was taken into custody in Glendale, Arizona, a suburb of Phoenix.

In the last month, there have been 11 confirmed shootings of vehicles on popular Phoenix roadways. One person was injured. (Video via NBC)

"Over the last two weeks Arizonans have been terrified by shootings on Interstate 10, along with copycats," said Arizona Department of Public Safety Director Col. Frank Milstead. (Video via KCPQ)

Authorities say they have linked Merritt's gun to four of the shootings. They believe it's possible copycats were behind at least some of the other shootings.

Merritt is being charged with criminal endangerment, assault and unlawful discharge of a firearm.

However, Merritt's father told The Arizona Republic that there is no way his son carried out these crimes, calling him a loving father.

"Whoever believe my son was behind this crime is a moron. They have absolutely no common sense," said Merritt's father, Leslie Merritt, Sr.

Police had detained another man in connection to the shootings, but he was released after Merritt was arrested.