Police Killed Another Black Man — And The Aftermath Was Live 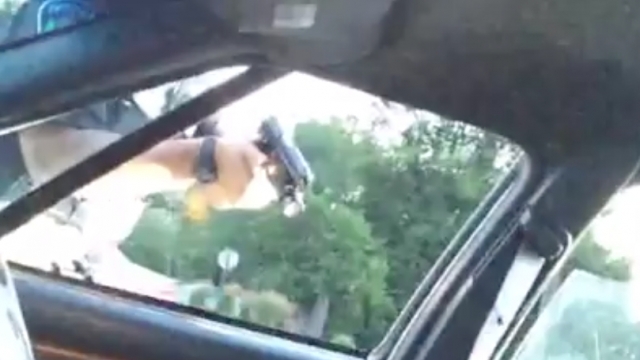 SMS
Police Killed Another Black Man — And The Aftermath Was Live
By Ben Lawson
By Ben Lawson
July 7, 2016
After Philando Castile was shot during a traffic stop, a passenger in the car started live-streaming to Facebook.
SHOW TRANSCRIPT

On Wednesday, 32-year-old Philando Castile was shot and killed during a traffic stop in Falcon Heights, Minnesota, making him the 123rd black person killed by police this year. His girlfriend, Lavish Reynolds, live-streamed the aftermath of the shooting on Facebook.

Family members confirmed Castile was the victim. He has yet to be named by officials.

According to Reynolds, the couple was pulled over for a broken tail light. She said Castile, who was driving, told the unnamed officer that he had a firearm in his possession and a conceal-and-carry permit. Reynolds said Castile was shot after reaching for his driver's license.

Officials didn't immediately name the officer involved in the shooting but said he's been placed on administrative leave.

Following the shooting, protesters gathered outside the Minnesota governor's mansion, the hospital where Castile was taken and the location of the shooting.

The interim chief for the St. Anthony Police Department said he couldn't remember the last time the department had an officer-involved shooting.

According to The Washington Post, police have shot and killed 506 people in the U.S. so far this year.

This video includes clips from the Star Tribune and NBC and images from Getty Images.