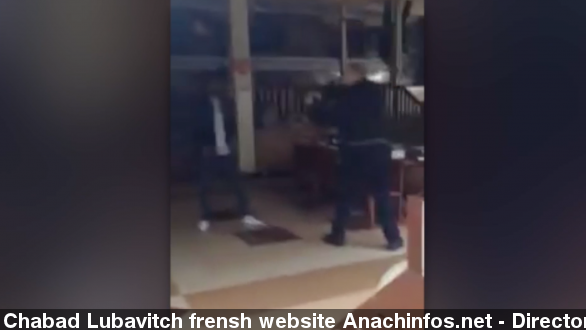 One man is dead after police say he entered a Brooklyn area synagogue wielding a knife and reportedly stabbed a person.

A standoff ensued, as police tried to get Peters to put down the knife, which he did, but then he picked it up again, after which point an officer shot him soon after.

Although it's not immediately clear if Peters was homeless, a spokesperson for the center told The Times of Israel “borderline homeless” often visit the center at night to stay warm, and it likely wasn't a hate incident.

Nevertheless, The Jerusalem Post reports the World Zionist Organization immediately condemned the attack as anti-semitic and the New York Daily News reports Peters shouted he wanted to "kill the Jew," before the attack.

Chabad Lubavitch is the largest Jewish organization in the world, and the Hasidic group is well-known for its outreach programs. (Video via News 12 New York)

Authorities were still on the scene Tuesday morning, and the investigation into the incident is ongoing. WPIX reports the man stabbed in the incident was taken to the hospital and is in stable condition. (Video via WPIX)