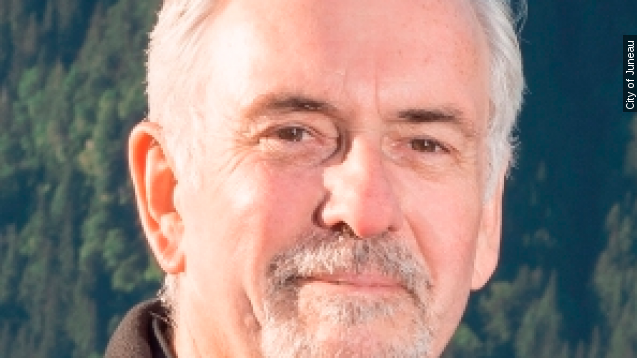 SMS
Police Investigating Death Of Newly Elected Mayor In Juneau, Alaska
By Ryan Biek
By Ryan Biek
December 1, 2015
Mere weeks after being elected in October, Mayor Greg Fisk was found dead inside his home. He was 70 years old.
SHOW TRANSCRIPT

Mere weeks after being elected in October, Juneau, Alaska's, mayor was found dead inside his home.

Stephen "Greg" Fisk was found by his adult son, Ian, and police pronounced him dead on the scene. He was 70 years old.

Because Fisk had taken office so recently, there have been rumors of some form of assault causing his death.

Juneau police called the rumors "speculation," but said "detectives are actively investigating facts of the incident and all evidence is being preserved and documented."