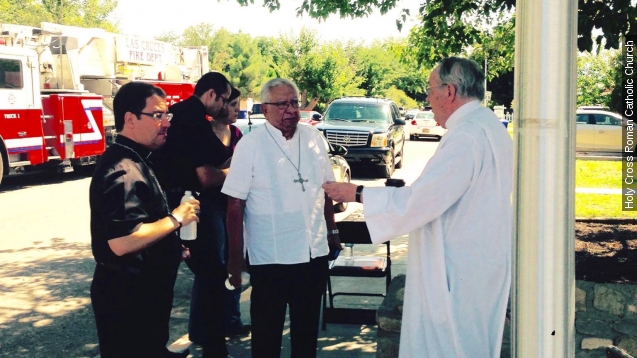 The incidents happened Sunday and are being investigated separately, but a spokesperson for the local police department told The Washington Post, "It's unlikely for us to have two incidents like this on the same day 20 minutes apart and have them not be connected."

The first explosion went off at a Baptist church at about 8 a.m. An explosive device was found in a mailbox near an entrance to the church.

The second explosion happened at a Catholic church about 20 minutes later. It came from a trash can near an entrance.

"There was this loud explosion. ... It sounded like something had fallen off and shattered the glass in the back, ... and the police came up and said we need everyone to leave out the doors," Ann Marie Sullivan told Las Cruces Sun-News.

There were no reported injuries and only minor damage. Federal and local officials are investigating the explosions.