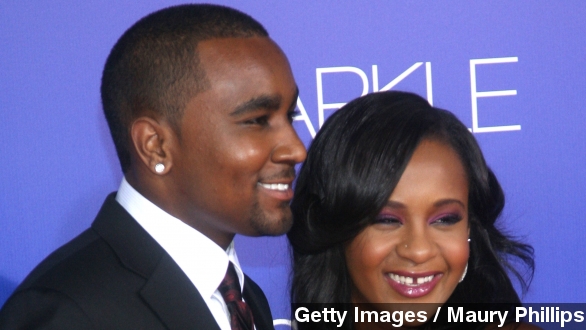 Georgia authorities have launched a criminal investigation into the case of Bobbi Kristina Brown, who was found unresponsive last weekend.

Multiple sources say the police are focusing on Brown's boyfriend Nick Gordon. Gordon and his friend Nick Lomas discovered Brown facedown in a bathtub full of water at the couple's home on Jan. 31.

Since then, Brown has been in a coma at Atlanta's Emory hospital, which has seen a steady stream of visiting friends and family. Most reports on her condition suggest Brown's prognosis is bleak. (Video via WSB-TV)

TMZ first reported the investigation, saying police were looking into a potential altercation between Brown and Gordon one hour before Brown was found. The site also notes the couple had a history of violence.

And a CNN source says the police are also looking into suspicious injuries on Brown's body.

CNN's Nick Valencia reports, "They're hoping Nick Gordon can help glean some information on that. They also want to know exactly what transpired in the hours leading up to her being found in that bathtub facedown."

Brown's relationship with Gordon has been heavily scrutinized by the media following her hospitalization. Despite Brown's frequent claim the two were married, a lawyer for Brown's father says the couple were never formally married.