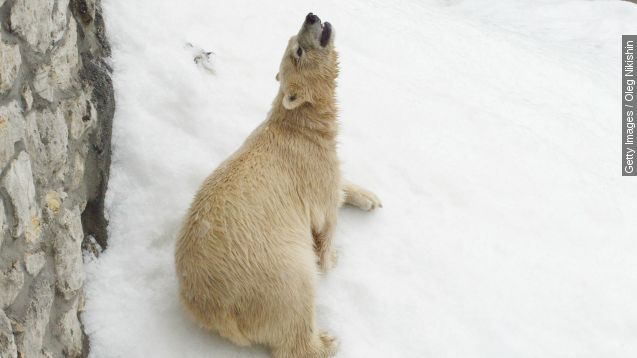 The poor polar bears can't seem to catch a break. A new study debunks a theory that polar bears are able to make up for a lack of food during the summer, which would have been good news for the vulnerable species. (Video via National Geographic)

The theory was that polar bears could enter what was called a "walking hibernation" during the summer months when food can be scarce. Basically, the bears were thought to use less energy by slowing their metabolism to keep from starving. (Video via U.S. Fish & Wildlife Service)

But the new study found polar bears don't actually have any special protection against summer starvation. One researcher told The Washington Post, "If there was hibernation metabolism … you would see all of them have a very steep, abrupt decline in body temperature, ... but we don’t see that.”

This is just another blow to a species that has struggled with the effects of climate change.

Just last week, the U.S. Fish & Wildlife Service noted the "decline of sea ice habitat due to climate change" as the primary threat to polar bears.

Currently, it's estimated there are between 20,000 and 25,000 polar bears on the planet, with some populations on the decline.