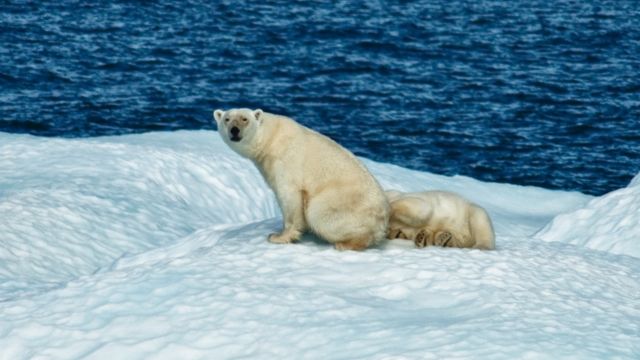 SMS
Climate Change Is Melting Away Polar Bears' Chance Of Survival
By Katherine Biek
By Katherine Biek
December 7, 2016
Researchers predict nearly a third of the global polar bear population could die out in as little as the next 35 years.
SHOW TRANSCRIPT

The global polar bear population could decline by more than 30 percent in as little as 35 years. That's according to a new study in The Royal Society's Biology Letters.

Researchers looked at the effect of climate change on the Arctic Sea and calculated the likelihood of this projected population drop is 71 percent.

That's because polar bears stand on Arctic Sea ice when hunting for seals. According to NASA, even the thickest ice in the Arctic Ocean has "either thinned or melted away."

And just this week, scientists reported sea ice levels in the area were at a record low for this time of year.

This all adds up to not great news for polar bears. With an estimated population of 26,000, the bears are already listed as a vulnerable species by the International Union for the Conservation of Nature.