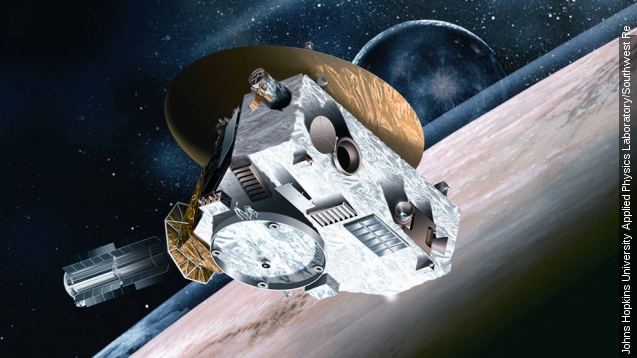 The New Horizons probe is past Pluto and on its way to the Kuiper belt, and NASA has already settled on a candidate for the next flyby. (Video via NASA)

2014 MU69 is almost a billion miles more distant than Pluto, which itself is currently about 3.6 billion miles from the sun. 2014 MU69 and rocks like it are far enough away from everything else to act as something of a cosmic time capsule.

NASA says Kuiper belt objects are "thought to represent a well preserved, deep-freeze sample of what the outer solar system was like following its birth 4.6 billion years ago."

It will take New Horizons a relatively skimpy three years to get there, thanks to it screaming along at over 52,000 mph. (Video via NASA)

But the probe will eventually deplete the fuel it uses for course corrections. NASA can only adjust New Horizons' flight path so much, and then it will be at the mercy of space. (Video via NASA)

Given its ludicrous speed and limited maneuverability, NASA wants to steer New Horizons onto its new course ideally by October or November this year.

In the meantime, the probe will be plenty busy sending back data from its Pluto encounter. We won't have all of it until late 2016.