Plenty Of Suspended NFL Players Are Coming Back For Week 5 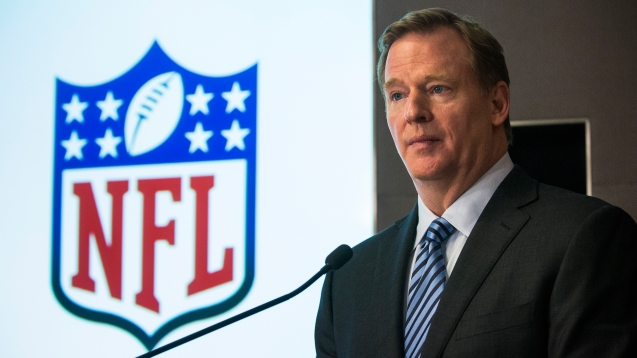 SMS
Plenty Of Suspended NFL Players Are Coming Back For Week 5
By Grant Suneson
By Grant Suneson
October 8, 2015
Several high profile NFL players received four game suspensions since the end of last season. Now that it's week five, they're all coming back.
SHOW TRANSCRIPT

Week five could be called redemption week in the NFL. Plenty of big name players are returning to the field after big screw ups that landed them four-game suspensions. But not everyone seems to have learned their lesson.

The Dallas Cowboys will see the return of linebacker Rolando McClain and defensive end Greg Hardy. But before he's even stepped on the field, Hardy is already causing controversy.

He was originally suspended ten games after he was found guilty of abusing his then girlfriend, throwing her onto a pile of assault rifles and threatening to kill her, but charges were dismissed when his accuser didn't show up for a hearing after receiving a settlement.

That's why it was so bizarre when Hardy told the media he wanted to come out "guns blazing" on Sunday and hoped he'd see Tom Brady's wife Gisele Bundchen and her sister at the game. Hardy was ripped for not seeming remorseful.

"Greg Hardy had to pretend to respect women for twelve minutes. Just twelve minutes! And he couldn't even do that. And what's worse, no one stopped him," Katie Nolan said.

Elsewhere in the league, 2013's defensive rookie of the year Sheldon Richardson will make his 2015 debut after violating the NFL's substance abuse policy. And he could miss more time due to a July arrest for speeding, but his hearing was pushed back to November.

The Chargers will also get a big target back in tight end Antonio Gates, who missed four games after testing positive for elevated levels of testosterone.

And although he hasn't been reinstated by the Bills, IK Enemkpali is eligible to return. He sat out the first four games after sucker punching quarter back Geno Smith when he was on the Jets. New York cut him after the altercation.

And it turns out suspensions aren't just limited to players. Browns general manager Ray Farmer can return to his team after he was banished for using a cell phone to communicate with the sideline during a game last season.