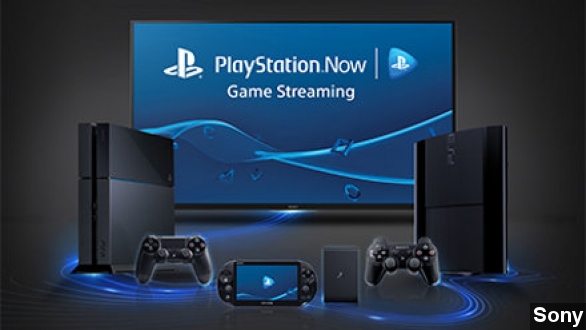 Apps for your Smart TV can only do so much for the modern gamer.

And while there's already a variety of games streaming on Samsung's Smart TV, the stock is about to get a whole lot more interesting.

That thanks to a deal between the South Korean company and Sony's PlayStation. It will allow Smart TV owners to stream over 200 PlayStation 3 games.

But access will reportedly be very easy as all you'll need to get your gaming on is a Sony Dualshock controller.

Engadget explains this deal is a good move for Sony as "Samsung's displays are the first non-Sony device where Now will be available" which is notable "especially since the South Korean company practically owns the current TV landscape."

But this is definitely not a one-sided deal. Adding PlayStation's arsenal to its list of games will make Smart TV all the more enticing.

And TechHive makes a good point as to why. "Until now, most TV makers have had to rely on mobile games like Angry Birds, but PlayStation Now is an ideal platform for any TV set since PlayStation games were originally designed for the large screen."

As of now there's not much out there about the logistics of this acquisition. More information is expected to be released in early January during the Consumer Electronics Show.

This video contains music from Chris Zabriskie / CC BY 3.0.