This Vietnamese Slum Gets Electricity From Plastic Buckets 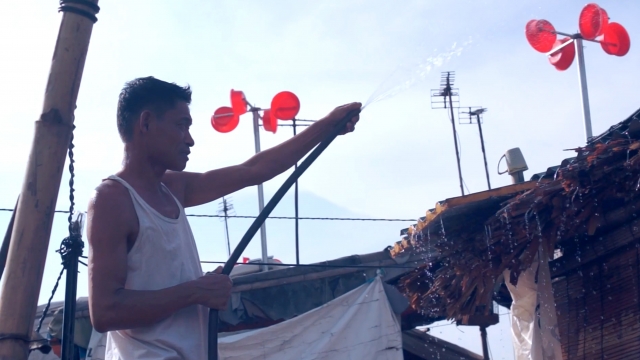 These plastic buckets provide supplemental electricity for a slum in Vietnam.

They harness energy much like wind turbines. Old printer motors act as generators, and old motorcycle batteries store the energy.

SEE MORE: Chernobyl May Produce Energy Again, But This Time It Will Be Clean

The entire system costs about $44 and supplements electricity in the whole community, or about 14 families. Without the new system, electricity was limited and cost each family about $15 a month.

The wind turbines have supplemented enough energy to cut bills by a third.

So far, this slum along the Red River is the only area to install the system. The project's creators gave the residents 10 turbines at no cost.

But residents were pretty wary at first. The inventor had to go there multiple times to convince them he didn't mean any harm.

Not only does the system help Vietnam's poor, it's also environmentally friendly.