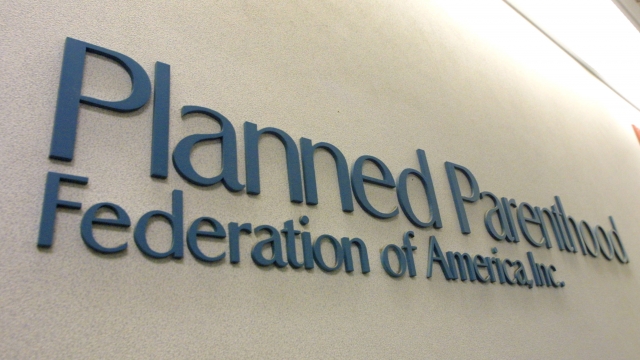 Planned Parenthood is suing the state of Florida over a recent law that will prevent Medicaid patients from getting care at their clinics.

It's already illegal for public funds — like Medicaid — to be used for elective abortions, but Florida's new law blocks public funding from being used at clinics that provide abortions or facilities related to abortion providers.

And Florida isn't the only state that Planned Parenthood is suing. It filed lawsuits last month against both Ohio and Kansas for similar laws.

In February, Ohio passed a law that cut Planned Parenthood clinics off from federal family planning funds. The group says it sees the law as punishment for offering abortions — a constitutionally protected service — even though that money helped pay for HIV testing and mammograms, not abortions.

And in March, Kansas sent letters out to Planned Parenthood clinics to tell them they could no longer participate in the state's Medicaid program.

According to federal law, anyone who uses Medicaid can choose any provider they want, as long as that provider accepts Medicaid. In other words, some say these new state laws might be breaking federal laws.

This video includes clips from WZVN and USA Today and images from Doug Kerr / CC BY SA 2.0 and Getty Images.