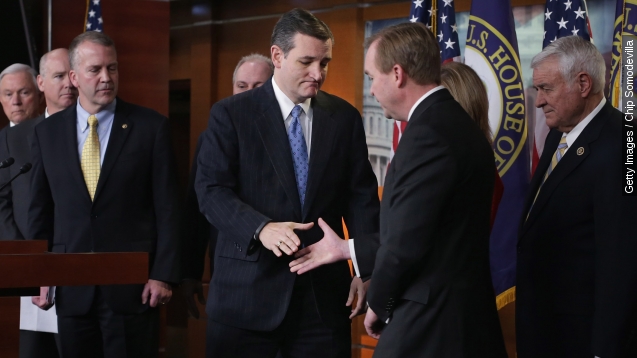 Congress is facing another funding deadline by the end of the month, and for the second time in three years a government shutdown might be on the horizon.

A spending bill to keep the government funded must be passed by Sept. 30, but more-conservative Republicans are threatening to block any legislation that includes federal funding for Planned Parenthood. The upcoming budget deadline prompted a warning from President Obama earlier this month.

"A shutdown of our government would be wildly irresponsible. It would be an unforced error that saps the momentum we've worked so hard to build ... our economy doesn't need another round of threats," President Obama said.

The threat comes after the circulation of undercover videos from an anti-abortion group featuring Planned Parenthood employees talking about fetal tissue.

The videos touched off a partisan battle in Congress; House Republicans have demanded an investigation into possible illegal activity at Planned Parenthood, while Democrats accuse the GOP of using the videos to push an anti-abortion agenda.

"[The initiative has been] a lot more grassroots driven within our party this time. It's not a Ted Cruz dictated thing," republican Representative Mick Mulvaney said.

Republican Senator Ted Cruz spearheaded the 2013 effort to defund Obamacare, which lead to a two-week government shutdown. According to Politico, Cruz has had difficulty recruiting Senate support for a shutdown this go-around.

The negative political fallout for the GOP following the last government shutdown might make another shutdown threat more divisive in the party.