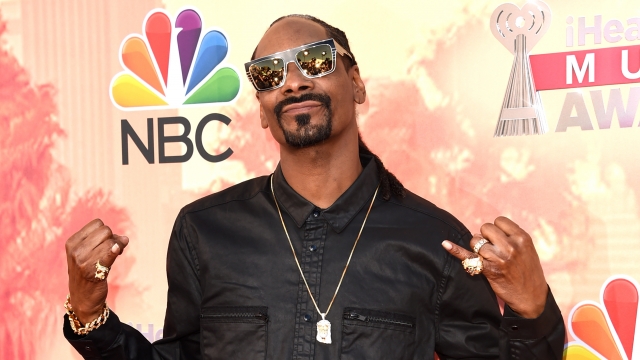 I don't think we've ever seen anything quite like this.

"I ain't never seen no s*** like this either!" Snoop said in a video clip.

Glad you're with us, Snoop.

The Internet asked, and the Doggfather delivered. Snoop Dogg will host and narrate a nature series called "Planet Snoop" on his content platform Merry Jane.

In the inaugural episode, Snoop narrates a fight between a squirrel and a snake in true Snoop fashion.

"This squirrel is hard. What gang he from?" Snoop asked.

"Planet Snoop" takes its name from the popular nature show "Planet Earth." But if you've seen Snoop's previous work, you know his commentary is other-worldly.

This led to a petition, which reads in part, "Snoop Dogg has narrated some Planet Earth in the past but yo we need him to narrate full episodes." More than 65,000 people agreed.

And so did Snoop, who saw the petition.

So, as long as animals are skirmishing in the wild, Snoop will be there to tell us what the hell is going on. Or maybe not.

"What kind of animal is that, though? Is that a leopard and a cheetah and a lynx mixed? That's an albino tiger, right?" Snoop asked.