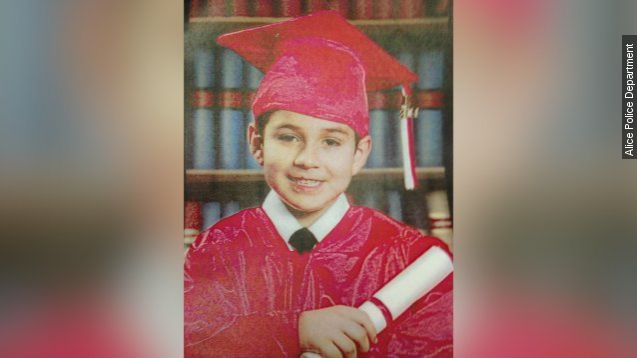 A smoke break for a Texas pizza shop employee led to the quick rescue of a missing 7-year-old boy when the worker spotted the suspect's car.

"I stepped outside, I was standing by the trash can, and I seen a white car pull up. And I just happened to take my phone with me because we don't look at our phones at work, and I looked down, and I saw 'white Dodge Avenger Amber Alert.' And I was like, nah, that's not him," Courtney Best told KRIS.

Courtney Best told KRIS the knots in her stomach outweighed her doubt, so she got in her car and drove past the vehicle. Sure enough, the license plate matched the one in the Amber Alert.

At that point, the suspect looked like he was about to drive off, and Best was reportedly willing to follow in her own car.

Police were able to act quickly, though, and arrested the suspect, 29-year-old Channing Galbraith, just as his vehicle was leaving the parking lot. The boy appeared to be unharmed but was taken to a hospital as a precaution.

Galbraith was arrested for sexual assault of a child last July. He is currently being held on a $100,000 bond for kidnapping.

To date, the Amber Alert program has helped save more than 750 children, according to the U.S. Department of Justice. Best said before the incident she had paid the alerts little attention, but now, she'll likely be on the lookout.