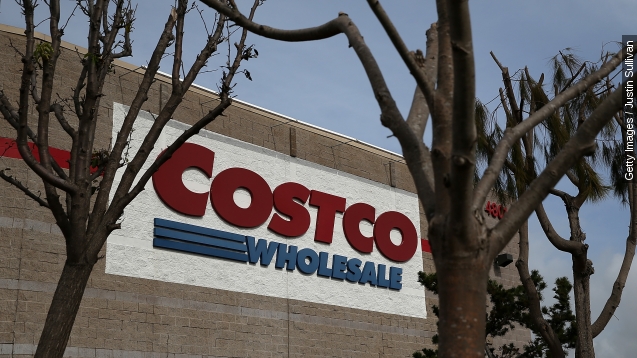 Costco is being called out for selling eggs from chickens raised in cages, which activists argue is animal cruelty.

In the last couple weeks, Brad Pitt and Bill Maher have both spoken out against Costco.

Pitt sent a letter to the company's CEO asking the company to change its ways,"As you know, these birds producing eggs for your shelves are crammed five or more into cages that are not large enough for even one hen to spread her wings."

Maher's argument came in the form of an editorial in The New York Times, where he called the practice "hideously outdated and cruel."

Opponents of the practice say caging hens causes their muscles to go into atrophy due to years of immobility. (Video via Animals Australia)

Costco was actually under fire for this back in June. An undercover investigation by The Humane Society of the United States found hens confined to cages containing dead birds and debris from broken eggs collecting flies.

The company argued the conditions depicted in that video were an isolated incident and pledged to make sure it didn't happen again.

Although, Maher and Pitt both commended Costco for its other animal protection efforts, such as ordering suppliers to stop locking pregnant pigs in gestation crates by 2022. (Video via HBO / 'Real Time With Bill Maher')