Pinning Is A Lucrative Business; Pinterest Now Worth $11B 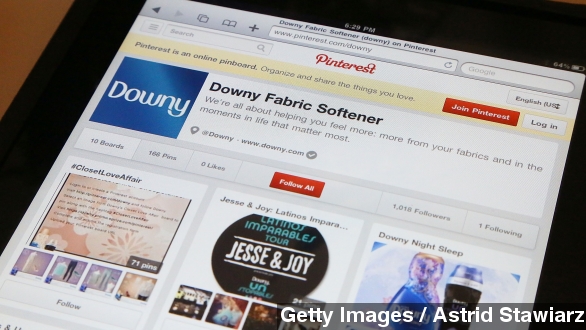 Pinterest is worth a whole lot more than many of us realized.

That's the website where you can "pin" things you like to various boards you create. For example, you could pin a photo of a wedding dress onto your "I'm getting married!" board to save it for others to view, or for you to look at later.

Apparently it's profitable to pin. The company said Monday it raised $367 million, making it nowworth $11 billion.

"Oh, we're gonna have a lot of fun with this kind of money." (Video via Universal Pictures / "Brewster's Millions")

Before this latest funding round, which is how startups get their money, the pinning giant was worth just $5 billion. Chump change compared to that lucky number 11.

Pinterest officially began selling advertising in January likely adding to the overall value of the company.

The company told a writer for TechCrunch the latest dough will be used to "fuel international expansion."

A Pinterest spokesperson even more dollar signs could be seen in the coming weeks as the company continues to raise money.