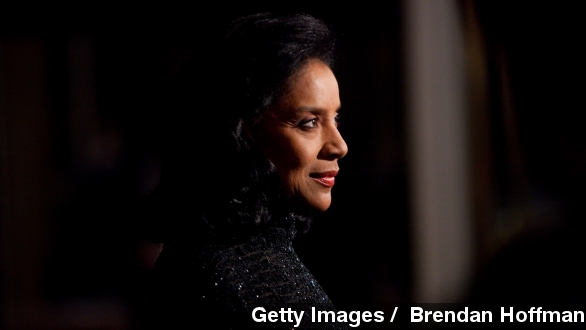 SMS
Phylicia Rashad On Bill Cosby: 2 Days, 2 Stories
By Madison Conklin
By Madison Conklin
January 8, 2015
After the former "Cosby Show" actor gave an interview in which she seemed to defend Bill Cosby, she went on record again saying she'd been misquoted.
SHOW TRANSCRIPT

Rashad played Clair Huxtable on "The Cosby Show," and Tuesday she became one of the few cast members to speak out in defense of Bill Cosby.

Showbiz411's Roger Friedman wrote about his conversation with the actress, quoting Rashad as saying, "Forget these women" — meaning the numerous women who have accused Cosby of sexual assault. She continued, "What you're seeing is the destruction of a legacy."

Then Rashad spoke out again Wednesday, saying she'd been misquoted. But the phrase "misquoted" can be a little fuzzy in itself.

"You were quoted saying, 'Forget those women.'"

"That is not what I said. What I said is: 'This is not about the women. This is about the obliteration of a legacy.'"

Friedman clarified this way Wednesday night: "I did not misquote Phylicia Rashad. But she didn't mean for it to be taken the way it was. ... There was NEVER the meaning in 'Forget those women' that she was saying to actually forget or dismiss then. She meant, 'those women aside' – as in, she's not talking about that, she's talking about Cosby's legacy being destroyed."

Friedman also removed the quote from his original story.

But some media outlets aren't satisfied with these explanations.

Vox criticized Rashad for both the original quote and her follow-up interview explaining it: "Rape accusations are 'not about' the women who make them. That is to say, a woman who says she has been raped by Cosby is being told, by the woman who played Clair Huxtable, to think long and hard about whether she wants to be culpable for destroying the glittering cultural influence of The Cosby Show."

In that ABC interview, Rashad said she cannot speak to the allegations against Cosby and doesn't want to.