Photos Believed To Be EgyptAir Flight 804 Wreckage Are Released 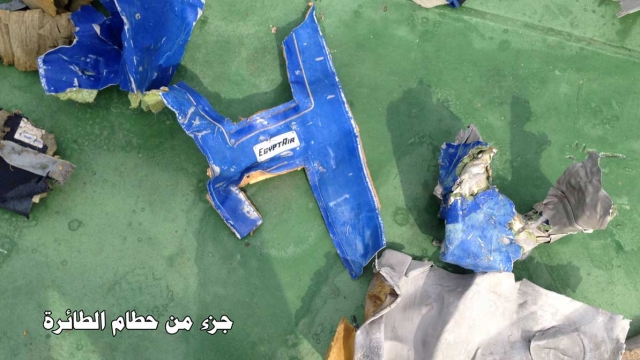 SMS
Photos Believed To Be EgyptAir Flight 804 Wreckage Are Released
By Melissa Prax
By Melissa Prax
May 21, 2016
The pictures show life jackets and what authorities say are passengers' belongings.
SHOW TRANSCRIPT

Egypt's military has released the first photos of debris from what's believed to be the crash site of EgyptAir Flight MS804.

The plane was flying to Cairo from Paris with 56 passengers and 10 crew members on board when it disappeared from radar shortly after entering Egyptian airspace.

The pictures show life jackets and what are believed to be passengers' belongings found in the Mediterranean Sea about 180 miles north of the Egyptian city of Alexandria.

The cause of the crash is still unknown, but reports circulated Friday that smoke was detected right before officials lost contact with the plane.

Some officials — like Egypt's aviation minister — suspect it was a terrorist attack, rather than technical problems. But as of Saturday morning, no terrorist group had claimed responsibility.

The Egyptian military said it will continue its search.

This video includes clips from Egyptian Ministry of Defense and ERTU. Correction: An earlier version of this video misstated MS804 was flying to Paris from Cairo. It was flying to Cairo from Paris. The video has been updated.