Photogs And Selfie-Takers Are Going To Love The New iPhones 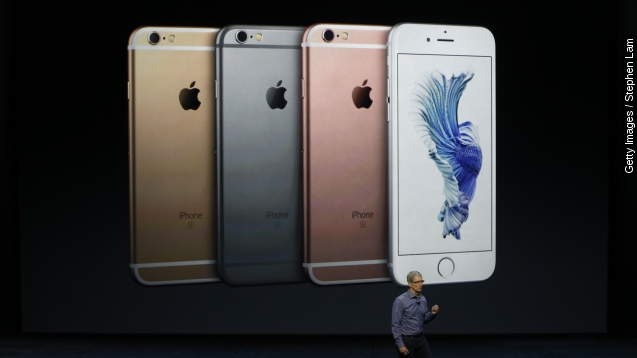 SMS
Photogs And Selfie-Takers Are Going To Love The New iPhones
By Leah Becerra
By Leah Becerra
September 9, 2015
Apple announced its two new iPhones, the iPhone 6S and the 6S Plus, at its special event Wednesday.
SHOW TRANSCRIPT

Apple's new iPhones, the 6S and 6S Plus, will be out this month.

The phone will feature a new color. And no, it's not pink; it's rose gold.

Thanks to the new A9 processor, Apple says these phones will be more than twice as fast as the last version.

Both phones' cameras got a huge upgrade. The main cameras are now 12 megapixels and can shoot 4K video.

The FaceTime camera was also upgraded to 5 megapixels.

But the really big deal is 3D Touch, which works a lot like Force Touch.

You only have to wait until Sept. 12 to preorder. Availability starts Sept. 25.