After Months Of Silence, Scientists Finally Find The Philae Lander 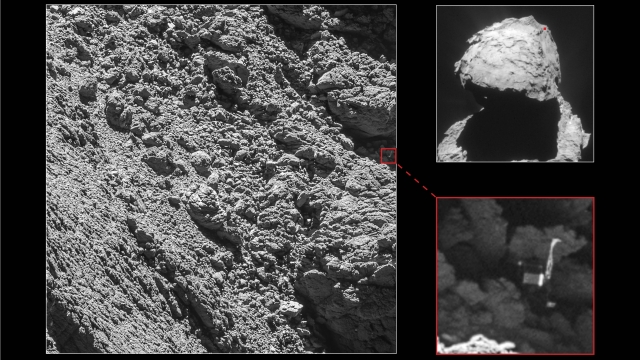 After 13 months of silence, researchers have spotted the little lander that could.

The camera on the Rosetta spacecraft spotted exactly where the Philae lander is on comet 67P.

Philae landed on the comet Nov. 12, 2014, but he didn't end up exactly where he was supposed to be. Instead of landing in the sunlight, he landed in one of the comet's shadows, preventing his battery from recharging.

The European Space Agency's Rosetta mission manager said, "We were beginning to think that Philae would remain lost forever. It is incredible we have captured this at the final hour."

The entire Rosetta mission is about over. The spacecraft is scheduled to descend toward the surface of the comet on September 30, gathering a few more high-resolution images and some close-up data before ending it's 12-year mission.