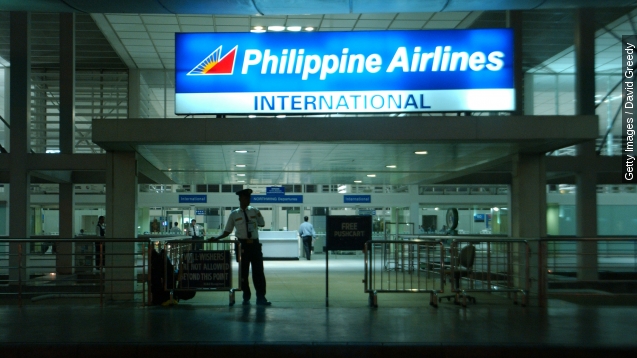 SMS
Philippine Airport Security Allegedly Put Bullets In Bags
By Samantha Crook
By Samantha Crook
October 30, 2015
Officials at an airport in the Philippines are allegedly putting bullets into luggage in order to extort money from passengers.
SHOW TRANSCRIPT

Officials at an airport in the Philippines are allegedly slipping bullets into passengers' bags and then trying to extort money from them when the bullets are "found" by security.

According to local news outlets, both Filipinos and tourists at the airport in the country's capital have reported the alleged scam. (Video via ABS-CBN News and Current Affairs)

The BBC reports that some passengers were even taken to court for refusing to pay fines.

And the Philippine Daily Inquirer reported a 20-year-old missionary from Florida spent six days in jail after refusing to pay a bribe when a bullet was found in his luggage. He only got out after posting more than $800 in bail. (Video via GMA News and Public Affairs)

Luckily, legislators have called for an investigation into the supposed scam. A spokesperson for the Office of Transportation Security told the International Business Times he was "alarmed" and concerned about how the bullet scam will affect tourism.

The OTS also told the International Business Times they will issue a report on their investigations into the allegations by Nov. 6.

This video includes images from Getty Images and an image from rick / CC BY 2.0.