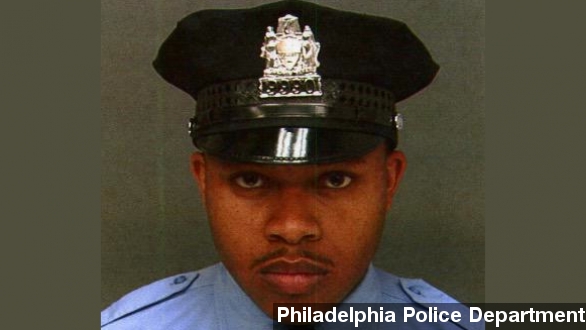 Philadelphia police officer Robert Wilson III, an 8-year veteran with the force, was shot and killed Thursday while trying to stop a robbery.

Wilson, in full uniform, was inside a local Gamestop at 4:30 p.m. when two men came in and announced a robbery. Wilson confronted the would-be robbers, and was shot several times during the ensuing shootout. (Video via WCAU)

The 30-year-old officer was taken to a local hospital, where he died of his injuries at 6:25 p.m.

Police Commissioner Charles Ramsey told reporters, "He was one of the best police officers this city has to offer, period. A very, very brave, heroic individual."

According to the Philadelphia Police Department's Twitter, Wilson was part of an experimental program at the department to equip their officers with body cameras. It's not clear if Wilson was wearing a camera at the time, but police have recovered surveillance footage of the shooting.

Wilson leaves behind two sons, ages nine and one, as well as his grandmother.