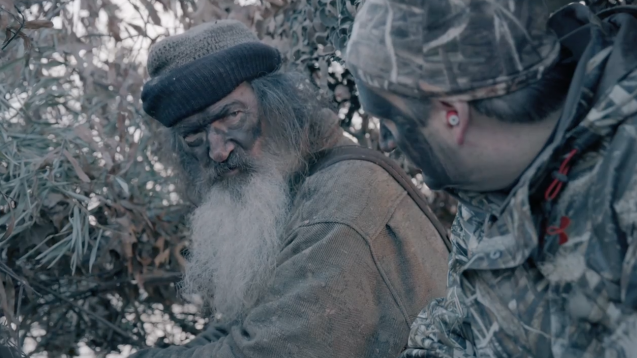 "My qualifications for president of the United States are rather narrow," starts a new Cruz for President ad.

And apparently Sen. Ted Cruz meets every single one of them. "Duck Dynasty" patriarch Phil Robertson has endorsed Cruz's presidential run as only a reality star/duck hunter could, but only after checking every item off his qualifications list. (Videos via Cruz for President, A&E / "Duck Dynasty")

Is the candidate Godly? Do they love us? Can they do the job? But more importantly —

"Would they kill a duck and put 'em in a pot and make a good duck gumbo?" Robertson says in the video.

The ad shows Cruz hanging out with Robertson, shooting Daffy and proving that he has no problem getting his face dirty. Especially if it's for a political ad endorsing his presidency.

The Robertson family has never shied away from political discourse, especially Phil. From appearing with former VP pick Sarah Palin to speaking at conservative political conferences to speaking out against the Iran nuclear deal, the duck hunter isn't scared to speak his mind. (Videos via A&E / "Duck Dynasty," MSNBC)

"I was anti when anti wasn't even cool," Robertson said about so-called anit-establishment candidates.

But like most reality TV families, they're not without controversy. Robertson landed himself in trouble after making some anti-gay comments in a GQ interview in 2013. (Video via A&E / "Duck Dynasty")

Despite some immediate blow-back and a short suspension, the show hasn't really missed a beat and is currently in its ninth season. (Video via A&E / "Duck Dynasty")

Like every family, there's some disagreement about who is the better presidential candidate. Willie Robertson first threw his support behind Gov. Bobby Jindal but then flipped to front-runner Donald Trump, saying, "I do like me some Trump." (Video via A&E / 'Duck Dynasty')